around 6:30a.m. a cabin attendant got us two-breakfast box. the train recovered the delay for last night and we arrived at adelaide nearly on time.

we got off the train and joined the adelaide optional tour by bus. we had a lot of good views. but i suffered carsickness and my companion dozed off during the latter half of tour. great grief!

when we returned to the station and i bought souvenirs, una talked to my companion. she said her family took the rest instead of joining neither the bus tour nor the sightseeing on foot.

at 10:00a.m., we left from adelaide. staffs and our carrige had changed. after about noon, we could see mountains outside the window for first time in 2 days.

at 1:30p.m. we had lunch. at this time we shared a table with another couple who were from melbourne. they would return to their home by plane from sydney. i saw sylvia alone at a table. where’s bill? we passed through a short tunnel at the first time while this trip. the scenes from a train window changed fairly, after we left from adelaide. i realized that the name of nullarbor plain represent its true nature.

we arrived at broken hill around 4:45p.m.(CST). we went to the city tour. i could understand nothing about the driver’s announcement. this driver’s aussie accent is very thick than adelaide driver’s. for example, when they pronounce 1998, it sounds to us as if naneteen nanety aight. his pronunciation had all this conditioning. i gave up. the train left at 6:30p.m. just on time and i adjusted my watch to est. so, 7:00p.m. at this moment.

all told, our dinner was around 9:00p.m. but we could sit down earlier than we expected because some passengers got off in adelaide. we shared a table with the same couple at lunch again. when we visited Royal Flying Doctor Service at Broken Hill, this wife didn’t come to the bus though returning time. she walked to the other side of the building away to take the photograph. i want to know whether she took a good picture or not, so i asked. but her husband explained about RFDS system because they didn’t understand my talk.

the train shook up and down. we had a bumpy ride during dinner. why? 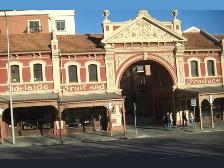 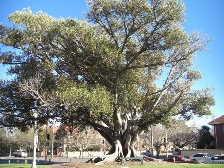 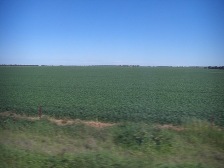 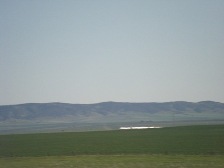 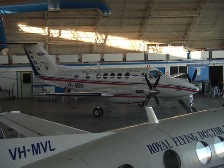 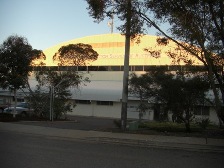